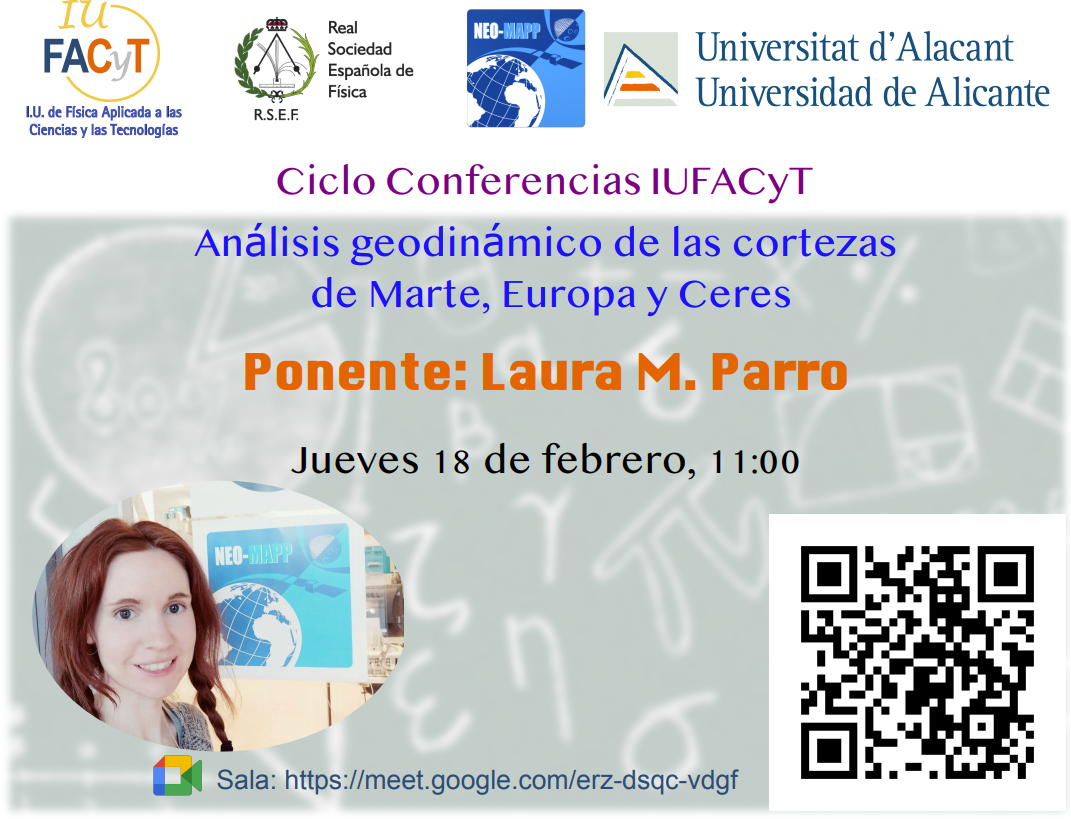 Next Thursday 18 February at 11:00 the conference: “Geodynamic analysis of Mars, Europe and Ceres crust” will be imparted by the Doctor of Geology (UCM) Laura M. Parro. The investigator Laura M. Parro is actually a postdoctoral hired in the NEO-MAPP project.

The conference resumes her cientific investigation realized until now in the field of planetary geology focused in the study of the termic flow, the structure of the crust and the tectonic evolution of rocky planets and/or objects and frozen satelites of the Solar System. The analysis of the thermic estate, composition and structure of the external capes of those bodies, as well as the deformations registered in their surfaces, they allow us to know better the global dynamic and which has been it’s evolution throughout his geological history. Concrete examples of studies realized on Mars, Europe and Ceres will be presented, and the present special missions and future ones implied in obtaining data from those planetary bodies.

The conference will be able to be followed through Google Meet: https://meet.google.com/erz-dsqc-vdg