HEAT ENGINES, ENTROPY AND THE SECOND LAW OF THERMODYNAMICS

All these processes are irreversible; that is, they are processes that occur naturally in one direction only. No irreversible process has ever been observed to run backward. If it were to do so, it would violate the second law of thermodynamics.

THE FIRST LAW OF THERMODYNAMICS

Until about 1850, the fields of thermodynamics and mechanics were considered to be two distinct branches of science. The principle of conservation of energy seemed to describe only certain kinds of mechanical systems. Mid-19th-century experiments performed by Englishman James Joule and others, however, showed a strong connection between the transfer of energy by heat in thermal processes and the transfer of energy by work in mechanical processes. Today we know that mechanical energy can be transformed to internal energy, which is formally defined in this chapter. Once the concept of energy was generalized from mechanics to include internal energy, the principle of conservation of energy emerged as a universal law of nature.

This session focuses on the concept of internal energy, the first law of thermodynamics, and some important applications of the first law. The first law of thermodynamics describes systems in which the only energy change is that of internal energy and the transfers of energy are by heat and work. A major difference in our discussion of work in this chapter from that in most of the chapters on mechanics is that we will consider work done on deformable systems.

We now direct our attention to the study of thermodynamics, which involves situations in which the temperature or state (solid, liquid, gas) of a system changes due to energy transfers. As we shall see, thermodynamics is very successful in explaining the bulk properties of matter and the correlation between these properties and the mechanics of atoms and molecules.

Historically, the development of thermodynamics paralleled the development of the atomic theory of matter. By the 1820s, chemical experiments had provided solid evidence for the existence of atoms. At that time, scientists recognized that a connection between thermodynamics and the structure of matter must exist. In 1827, botanist Robert Brown reported that grains of pollen suspended in a liquid move erratically from one place to another as if under constant agitation. In 1905, Albert Einstein used kinetic theory to explain the cause of this erratic motion, known today as Brownian motion. Einstein explained this phenomenon by assuming the grains are under constant bombardment by “invisible” molecules in the liquid, which themselves move erratically. This explanation gave scientists insight into the concept of molecular motion and gave credence to the idea that matter is made up of atoms. A connection was thus forged between the everyday world and the tiny, invisible building blocks that make up this world.

Thermodynamics also addresses more practical questions. Have you ever wondered how a refrigerator is able to cool its contents, or what types of transformations occur in a power plant or in the engine of your automobile, or what happens to the kinetic energy of a moving object when the object comes to rest? The laws of thermodynamics can be used to provide explanations for these and other phenomena.

In our study of mechanics, we carefully defined such concepts as mass, force, and kinetic energy to facilitate our quantitative approach. Likewise, a quantitative description of thermal phenomena requires careful definitions of such important terms as temperature, heat, and internal energy. This chapter begins with a discussion of temperature.

Next, we consider the importance when studying thermal phenomena of the particular substance we are investigating. For example, gases expand appreciably when heated, whereas liquids and solids expand only slightly.

This session concludes with a study of ideal gases on the macroscopic scale. Here, we are concerned with the relationships among such quantities as pressure, volume, and temperature of a gas.

Most of the waves we studied in previous sections are constrained to move along a one-dimensional medium. For example, a one-dimensional sinusoidal wave is a purely mathematical construct moving along the x axis. The sinusoidal wave in a string is constrained to move along the length of the string. We have also seen waves moving through a two-dimensional medium, such as the ripples on the water surface in the introduction to Part 2 and the waves moving over the surface of the ocean in previous lectures. In this session, we investigate mechanical waves that move through three-dimensional bulk media. For example, seismic waves leaving the focus of an earthquake travel through the three-dimensional interior of the Earth.

We will focus our attention on sound waves, which travel through any material, but are
most commonly experienced as the mechanical waves travelling through air that result in
the human perception of hearing. As sound waves travel through air, elements of air are
disturbed from their equilibrium positions. Accompanying these movements are changes
in density and pressure of the air along the direction of wave motion. If the source of the
sound waves vibrates sinusoidally, the density and pressure variations are also sinusoidal. The mathematical description of sinusoidal sound waves is very similar to that of sinusoidal waves on strings, as discussed in previous session.

(1) Audible waves lie within the range of sensitivity of the human ear. They can be generated in a variety of ways, such as by musical instruments, human voices, or loudspeakers.

(2) Infrasonic waves have frequencies below the audible range. Elephants can use infrasonic waves to communicate with one another, even when separated by many kilometres.

(3) Ultrasonic waves have frequencies above the audible range. You may have used a “silent” whistle to retrieve your dog. Dogs easily hear the ultrasonic sound this whistle emits, although humans cannot detect it at all. Ultrasonic waves are also used in medical imaging.

This session begins with a discussion of the pressure variations in a sound wave, the speed of sound waves, and wave intensity, which is a function of wave amplitude. We then provide an alternative description of the intensity of sound waves that compresses the wide range of intensities to which the ear is sensitive into a smaller range for convenience. The effects of the motion of sources and listeners on the frequency of a sound are also investigated.

We can say that physics is the science of measurement. Unfortunately, this means we have to learn the error analysis treatment of our data. You can download all the documents from our campus virtual at University of Alicante (in Spanish or Catalan/Valencian). Nevertheless, it could be interesting to read the Physics Laboratory Tutorial from the Columbia University as well.

We did video laboratory experiments in physics (in Spanish) you can watch by this link.

Many of us experienced waves as children when we dropped a pebble into a pond. At the point the pebble hits the water’s surface, circular waves are created. These waves move outward from the creation point in expanding circles until they reach the shore. If you were to examine carefully the motion of a small object floating on the disturbed water, you would see that the object moves vertically and horizontally about its original position but does not undergo any net displacement away from or toward the point at which the pebble hit the water. The small elements of water in contact with the object, as well as all the other water elements on the pond’s surface, behave in the same way. That is, the water wave moves from the point of origin to the shore, but the water is not carried with it.

Simple harmonic motion also forms the basis for our understanding of mechanical waves. Sound waves, seismic waves, waves on stretched strings, and water waves are all produced by some source of oscillation. As a sound wave travels through the air, elements of the air oscillate back and forth; as a water wave travels across a pond, elements of the water oscillate up and down and backward and forward. The motion of the elements of the medium bears a strong resemblance to the periodic motion of an oscillating pendulum or an object attached to a spring.

To explain many other phenomena in nature, we must understand the concepts of oscillations and waves. For instance, although skyscrapers and bridges appear to be rigid, they actually oscillate, something the architects and engineers who design and build them must take into account. To understand how radio and television work, we must understand the origin and nature of electromagnetic waves and how they propagate through space. Finally, much of what scientists have learned about atomic structure has come from information carried by waves. Therefore, we must first study oscillations and waves if we are to understand the concepts and theories of atomic physics.

The best way to learn physics is practise, practise, and practise. You need to check whether you understood all the concepts or not, therefore, try to think logically and correlate your questions with real life situations. I saw in this web-page some ideas for learning physics and other technical courses. In summary, these are some points to take it into account: 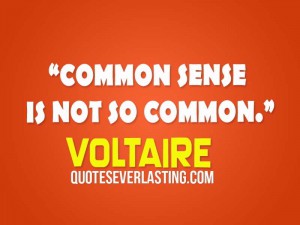 Therefore, student life could be easier to learn physics practising it than memorising it. I suggest to you think in physics not in mathematical equations.

Usually the students thought that this aspect of physics, in particular, and science, in general, is not important. However, it is not the same mistakes in an exercise on paper than on a real problem of engineering or science.

To give a value to this entry, we attached some news and the causes of the accidents that have occurred for reasons that should never happen.

Welcome to the blog of Physics for Civil Engineering of the Civil Engineering Degree of the University of Alicante. Here you can look for information about this subject, and interesting links as well. We hope that this tool could be a new way to our interaction. We are working to translate all of our materials during this semester, but we know that this is a hard task and we ask for your patient.
We are also making new materials to support your learning by yourself: this is the principal aim of the European Higher Education Area (EHEA). The contents of the physics course and most of the documents we are going to use in the classroom can be downloaded from the Campus Virtual of the University of Alicante.
Students are free to visit my office to learn about physics using the tutorial hours or making an appointment previously. 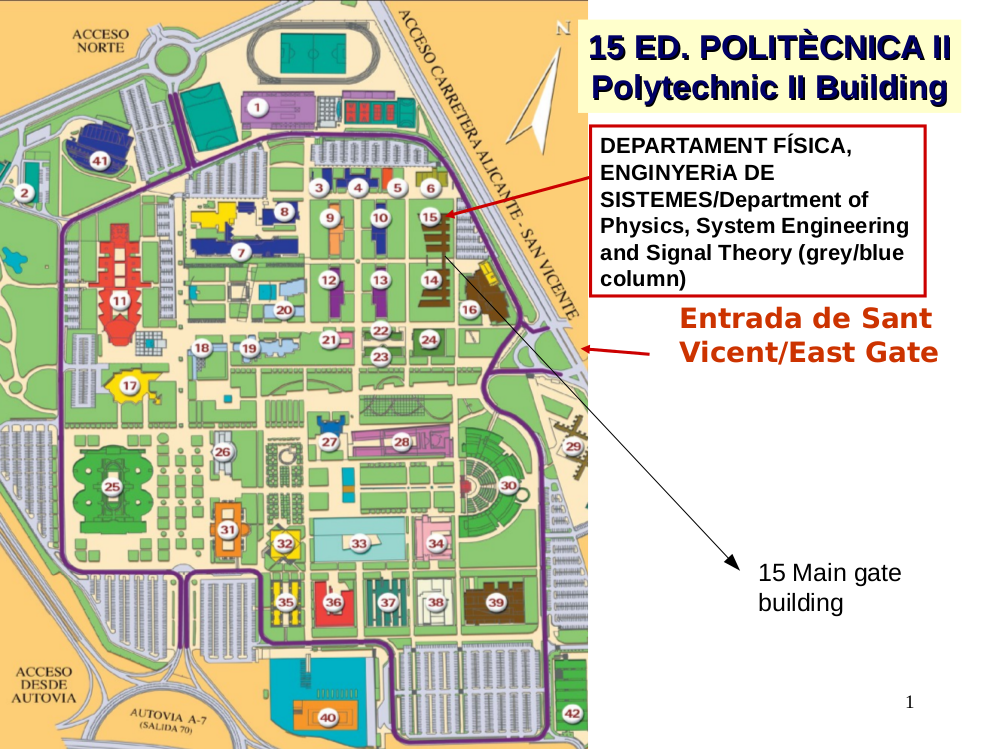 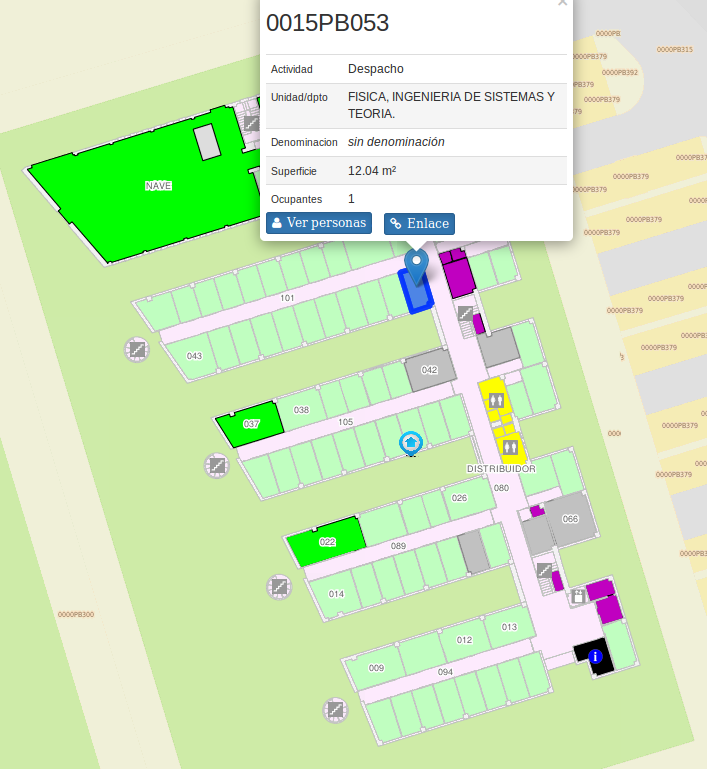