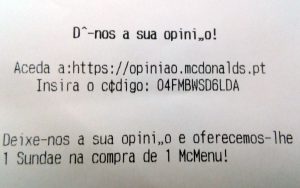 The <dialog> element represents a part of an application that a user interacts with to perform a task, for example a dialog box, inspector, or window.

The open attribute is a boolean attribute. When specified, it indicates that the dialog element is active and that the user can interact with it.

JavaScript UI frameworks and libraries work in cycles. Every six months or so, a new one pops up, claiming that it has revolutionized UI development. Thousands of developers adopt it into their new projects, blog posts are written, Stack Overflow questions are asked and answered, and then a newer (and even more revolutionary) framework pops up to usurp the throne.

Using the Stack Overflow Trends tool and some of our internal traffic data, we decided to take a look at some of the more prominent UI frameworks: Angular, React, Vue.js, Backbone, Knockout, and Ember. 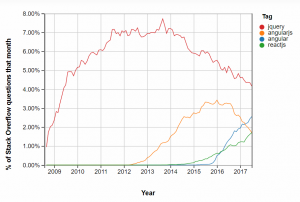 There was a time when jQuery was the darling of JavaScript tags on Stack Overflow, accounting for almost 8% of new questions. This picture quickly changed as AngularJS and later React were released, cannibalizing jQuery’s mindshare amongst the community. Then starting around 2016, there is a quick shift from AngularJS to Angular, which represents the subsequent versions (Angular 2+), as developers began to migrate to the latest and greatest flavors of the popular framework from Google.