Here is a brief explanation of each sectioning element and how they are used:

The CSS layout cookbook aims to bring together recipes for common layout patterns, things you might need to implement in your own sites. In addition to providing code you can use as a starting point in your projects, these recipes highlight the different ways layout specifications can be used, and the choices you can make as a developer.

En Web Standards: The What, The Why, And The How, explican la importancia de los estándares en el desarrollo web.

Deprecated function: The each() function is deprecated. This message will be suppressed on further calls en menu_set_active_trail() (línea 2405 de /srv/www/edutec.es/web/includes/menu.inc). 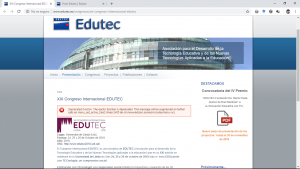 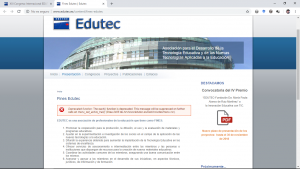 Warning
This function has been DEPRECATED as of PHP 7.2.0. Relying on this function is highly discouraged.

Car rental giant Hertz is suing over a website redesign from hell.

The US corporation hired monster management consultancy firm Accenture in August 2016 to completely revamp its online presence. The new site was due to go live in December 2017. But a failure to get on top of things led to a delay to January 2018, and then a second delay to April 2018 which was then also missed, we’re told.

As Hertz endured the delays, it found itself immersed in a nightmare: a product and design that apparently didn’t do half of what was specified and still wasn’t finished. “By that point, Hertz no longer had any confidence that Accenture was capable of completing the project, and Hertz terminated Accenture,” the car rental company complained in a lawsuit [PDF] lodged against Accenture in New York this month.

Hertz is suing for the $32m it paid Accenture in fees to get to that aborted stage, and it wants more millions to cover the cost of fixing the mess. “Accenture never delivered a functional website or mobile app,” Hertz claimed.

Accenture told El Reg on Tuesday this week it believes Hertz’s lawsuit is “without merit.”

Among the most mind-boggling allegations in Hertz’s filed complaint is that Accenture didn’t incorporate a responsive design, in which webpages automatically resize to accommodate the visitor’s screen size whether they are using a phone, tablet, desktop, or laptop.

That has been standard website practice for years and was even included in the contract that was signed, but the boffins at Accenture decided that only desktop and mobile versions were needed, according to Hertz. When the rental giant’s execs asked where the tablet version was, Accenture “demanded hundreds of thousands of dollars in additional fees to deliver the promised medium-sized layout.”

It actually gets worse.

The specs called for a common core of libraries to be “a fundamental principle of the design” so that the company could share information and structures across all its companies’ websites and apps. And Accenture, well, completely ignored that, according to Hertz.

“Accenture deliberately disregarded the extensibility requirement and wrote the code so that it was specific to the Hertz brand in North America and could not be used for the Hertz global brand or for the Dollar and Thrifty brands,” the lawsuit alleged.

As developers, we are often faced with decisions that will affect the entire architecture of our applications. One of the core decisions web developers must make is where to implement logic and rendering in their application. This can be a difficult, since there are a number of different ways to build a website.

Our understanding of this space is informed by our work in Chrome talking to large sites over the past few years. Broadly speaking, we would encourage developers to consider server rendering or static rendering over a full rehydration approach.

In order to better understand the architectures we’re choosing from when we make this decision, we need to have a solid understanding of each approach and consistent terminology to use when speaking about them. The differences between these approaches help illustrate the trade-offs of rendering on the web through the lens of performance. 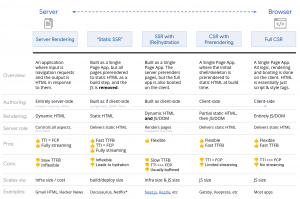