After reading previous entry and understanding the meaning of distributed forces, how to calculate the equivalent resultant to the distributed load, you should try to solve next exercises.

EXERCISE 1: Calculate the supports reactions at A and B for the beam subjected to the asymmetric load distributions.

EXERCISE 2: The symmetric simple truss is loaded as shown. Determine the reactions at wall support A and the tension in cable CD. 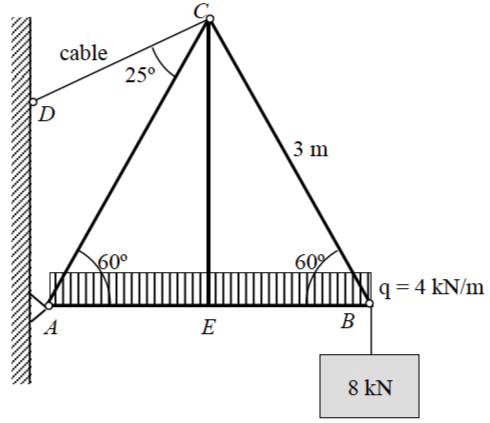 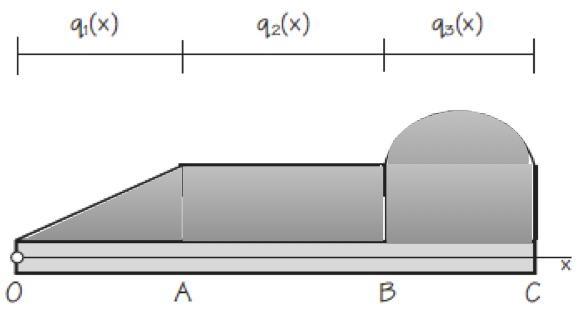 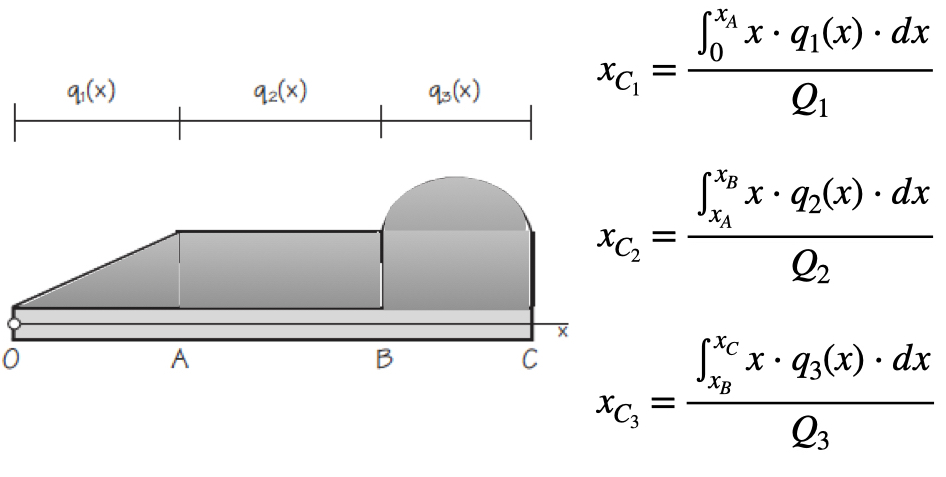 After reading previous entry and understanding the meaning of stability, rollover and stabilising moments, you should try to solve next exercise.

A homogeneous cylinder of radius R has a cylindrical hole of diameter R as shows in Figure. Cylinder can roll down the inclined plane without slipping. Determine the maximum angle θ of the inclined plane because the cylinder be in equilibrium. Obtain also the angle between the horizontal and the diameter AB in this situation. 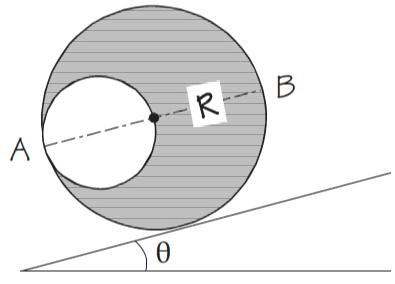 NOTE: you can send your solution by tutorial tool in UACloud for including it in the continuous evaluation.

Any system of forces may be replaced by a resultant force R and a resultant moment (couple of a force) M at any point of the space. We call this couple vectors (R, M) as system “torsor”. Figure (from Meriam & Kraige 7th edition) shows a system of forces acting on a rigid body.

If a system of forces acting on a body are such that the resultant force and resultant moment at point O are mutually perpendicular, the whole system can be replaced by a single force acting along a new line of action such that it causes the same moment with respect to O. We now examine the resultants for several special system of forces: 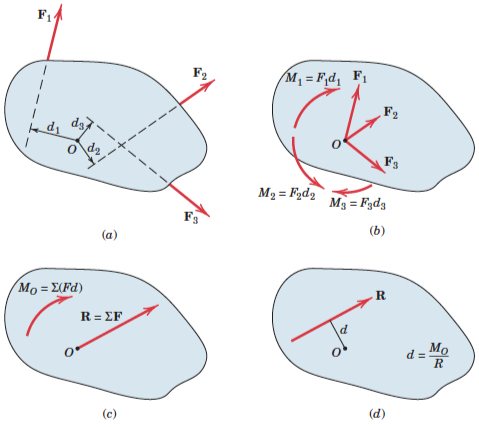 Let’s consider a 2D situation. A rigid body under the action of forces (which are necessarily coplanar) can only be in equilibrium if the system of forces seen in the free-body diagram can be reduced to three concurrent forces that meet at a point that is inside the body.

Three concurrent forces at point C which is inside the rigid body: EQUILIBRIUM (upper figure). 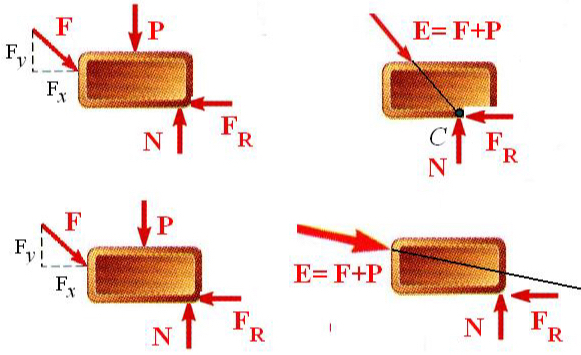 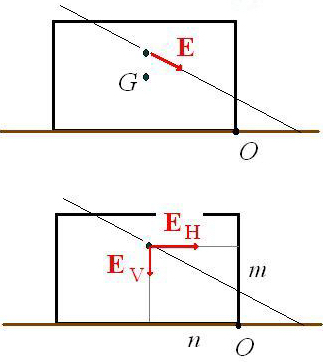 THERE IS NO EQUILIBRIUM (bottom figure). Therefore, if a body is not in equilibrium, we can check if it is prone to overturning or stable against toppling. For this, we calculate the resultant of all external forces and draw it at the point where its line of action cuts the line of action of the weight. Assume the rigid body can rotate about point O, we call rollover moment the expression:

and stabilising moment the expression:

If the rollover moment is larger than the stabilising moment, the rigid body will turn over.

A rigid body is said to in equilibrium if the resultant of all forces and all their moments taken about any and all points are zero.

Free body diagram (FBD): depiction of an object with ALL the external forces acting on it.

Reactions coming from the supports: usually a body is constrained against motions using supports. It is essentially to correctly estimate the number and type of reactions that a support can provide.

A slide-share presentation about equilibrium can help you to understand the key concepts of this chapter: 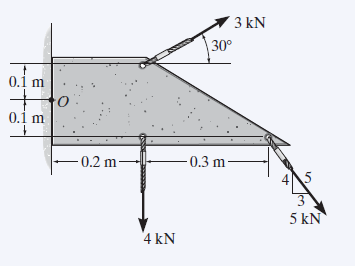