Home » CatedraTD_UA » Analysis on reward systems in video games: strategies in game design and their relation with addiction

Analysis on reward systems in video games: strategies in game design and their relation with addiction 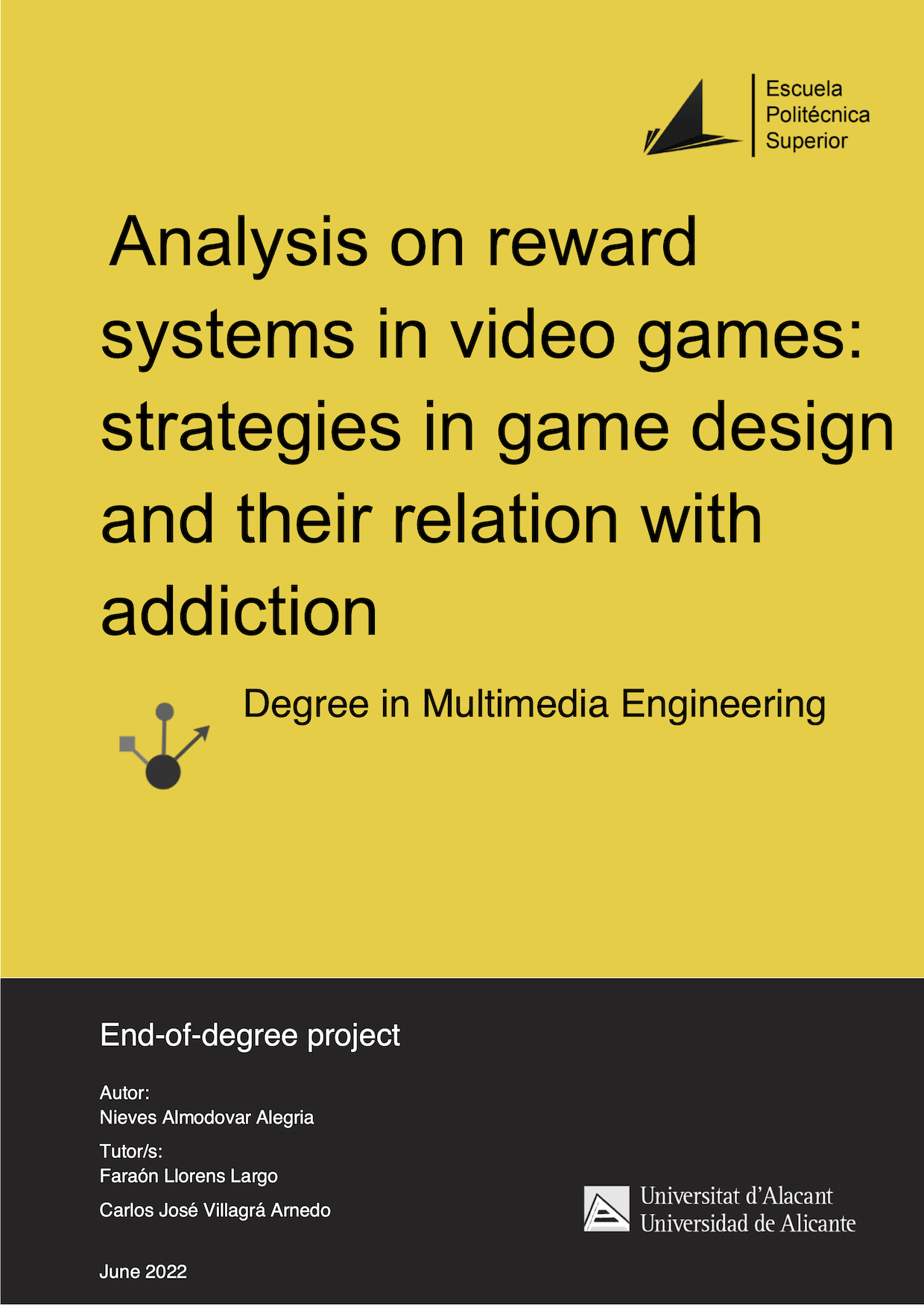 Summary
The number of concern parents who complain about their children’s addiction to video games have exponentially increased. The word addiction is used today in different contexts, but when does this problem reach the medical concern? Several cases of video game addiction have been reported and, scientist have recently been highlighting the difference between playing too much and addiction. It is the engineers’ duty to establish good design mechanisms that respect the limit of addiction.
This project seeks to give emphasis to the influence that video games have in society and to build the basis of studying how video games have an impact in human’s psyche. It will be explained how the segregation of dopamine in the human body, can be linked to an addiction due to a primitive instinct of survival. Reward systems will be looked into detail, as the creation of dopamine is strongly affected by the feeling of reward.
The paper will analyse 4 representative video games in depth. These games are Candy Crush Saga, Genshin Impact, League of Legends and World of Warcraft. The principal rewards in these games will be analysed and a small survey will be conducted to the gamer community. It will be seen if the mind is really that influenceable and what are the rewards in video games that attract the players.