(Course Motto: Draw Everything You Know)

The P.R.E. course has a clear instrumental vocation aimed to equip students with the necessary tools for learning a basic architectural language that allows, therefore, to demonstrate purposeful relationships of some complexity.

In other words, discursive language seeks to take a direct and necessary relationship to an architectural language.

The course assumes that the main feature and “Beauty” –or even better, the main interest or relevancy- of architecture is not talking about “Reality” per se but to speak of Reality only if done through architecture. This may seem obvious but, however, is not evident. This characterizes us and must differentiate us. The loss of this understanding and/or need of what is essentially ours (the architectural) to talk about what is common instead (the real) can lead to a perverse replacement: the (re)construction* of Reality by its mere narrative or fiction.

Our goal is not only to state “what is already happening,” but to propose guidelines for its construction. Similarly, our production has to construct reality (or at least hypothesize how to materialize it) and not just stage its reality or its transformation (in the best case).

In this regard and as a historical review, we are more interested in Rem Koolhaas attitude in his Exodus or the Voluntary Prisoners of Architecture (1972) or in Delirious New York (1978) than that of their ideological predecessors of the 60s: Archigram, Archizoom, Superstudio, Constant … the latter knew perfectly to describe, through their collages and drawings, their moment of reality: technology, uncertainty, consumption, the role of the body, obsolescence, change, movement, etc. However, it was Koolhaas one of those who knew best how to set the rules for a new architectural language in 1978.

The course suspects the existence or necessity of simulating at least a similar moment in our own context: the degree in Architecture at the University of Alicante. In recent years, we have re described Reality renewing its categories, in some cases, or qualifying those existing, in other: now we speak of gender, conflict, democracy, power… The concepts are not new or novel. Once the context in which we operate has been fixed, the only possible move is setting the stage for its own transformation. Yes, this is another obviousness.

Thus P.R.E. arises as a course that supports “other” future courses in the sense that it seeks to help students to relate speech with project (instead of replacement). In other words, to help students to relate their description of Reality with basic architectural guidelines necessary for its planned transformation. Again, our ability or worth is not the description of present Reality (analysis) nor the statement of future situations after its transformation (pseudo-project) but the establishment of complex relations between these two moments through architecture. In other words, we can not confuse a project with what it analyzes and what it promises. The project is precisely the “real” construction of the link between the two.

This does not mean that the course waives the description of the present and the enunciation of a transformed future; quite the opposite. The course, in fact, assumes that design capability depends directly on the ability to describe, restore and scrutinize Reality. That’s the thesis on which it operates, especially in its second half, S.E.A. However, here we return to the idea that design must always be relational: only when we are relating we will be designing; and in our case, through an architectural language.

So easy, so difficult. 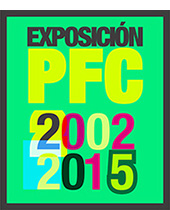